Start-up phase: The first steps
– Which sources of inspiration can help you make your own game?
– How to prototype a game
– Self publish or going to an established publisher?

Test phase: Making a fun and good game
– 9 tips for making a Print & Play (PnP)
– Blind play testing, testing your own game
– Tips for writing the rules of the game

Building community: Get to know people
– 11 games fairs you must visit
– Notable Dutch and Flemish publishers

How do you start with developing your own game?

For us it all started out on an evening during the week in which we had nothing to do. Of course we could start again with a new Netflix series, but sometimes we'd like to do something different, something crazy. Once per year you will find a blanked fort within our home in which we sleep, or we decide to create our own candles.

But not this time, this time we wanted to create our own board game. We gathered some papers and pencils and started brainstorming about what we like and dislike. Although we had some great ideas, the settings wasn't at all structured and it didn't took long before we got into conflict on which approach we should take with the game. After a short while, we already gave up.

One of the most important parts of making a successful new game is having something original to bring to the table. Something that has never been done before and really gives the game its own identity. You can achieve this through a unique theme or with a unique game mechanics. Preferably both, of course!

A game in which the mechanic really stands out, is magic Maze. A game in which every player doesn't own its own character, but plays a specific move which can be used on any character. For example, one player can only move the characters to the left, while another player can only use the escalator. With this mechanic the players have to race against to clock to walk through a maze. Ooh, one other thing, the players aren't allowed to talk with each other. A truly chaotic game. 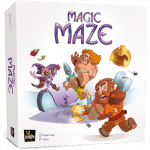 An example of a game in which the theme really thrives, is Munchkin. A card game with some really simple game mechanics, but a very humoristic theme in which every card contributes to building your crazy character. 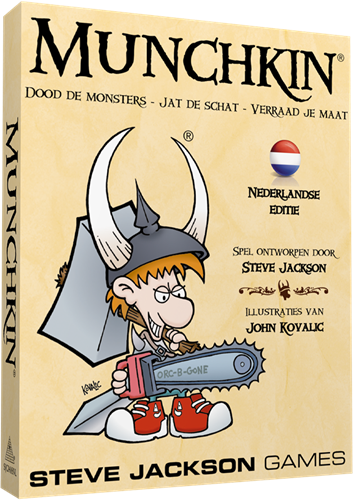 Often you see that the theme and mechanics enrich each other in order to make the game even more immersive. But, whenever you want to start with your own game, where do you start? With a theme, or a mechanic?

If you have an idea for a fun an unique game mechanic, you often created a great basis to come up with a theme to go with it. Maybe even more than one. The mechanic can than be a source of inspiration to think of a matching theme.

If however, you start out with a fun idea for a theme, it often creates a whole world around it, which can also be a great source of inspiration to think of some game mechanics to go with it. In other words, there is no right way to do it. Both options are viable. You just have to come up with an idea, either for a theme or a game mechanic which make you enthusiastic. The missing parts can be filled in later when you have a basis.

How did it go with us?

After our first attempt to create our own game, Nikki kept thinking about it. On a Saturday night in which she didn't have any plans, and Niels was busy with other things (Video Games), she took the time to work out an idea which she had. Nikki created some sketches and within a few hours she created a working game. Okay, maybe not really working, but it was playable.

Together we tested her game that night for the first time. It was a fun experience for both of us and gave a lot of inspiration to work out. Of course the game wasn't balances at all, and a whole lot of optimisation would be needed, but the theme was very clear as well as the mechanics that could work with it. With that, the basis for our first game was created. Now we only had to test it with some friends to see if they where as enthusiastic as we where.

Are you working on a game idea yourself? Where did it start for you, with a theme or with a mechanic?