Okay, this time we deviate a bit from the standard. A Eurogame is more of a type of game than actually a game mechanic. Yet you often come across this term in the board game world and it is good as a starting playmaker to know what a Eurogame or a Euro-Style game is. Recently we participated in a virtual playtest session where different board game designers test each other's games. We helped with the playtest of 'Animal Park' and the designer described it as a Eurogame with Deck Building elements. We have also heard this term often, but we did not know exactly what it means. So we sorted it out for you and its interesting history amazed us!

Go directly to:
– What is a Eurogame?
– History
– American counterpart
– What do you have to consider when making a Eurogame?

What is a Eurogame?

It may seem that a Eurogame has to be developed in Europe to be a Eurogame. Although the origin of Eurogames is in Europe, a game only needs to meet the following characteristics to call itself a Eurogame:

Little luck - To win a Eurogame you usually need deep strategy and tactical thinking. Happiness is often a limited element. As a player you are therefore more in control of the outcome of your actions.

Little interaction between players - Eurogames players are usually more self-centered than each other. There is often limited player interaction which also contributes to the friendly nature of these games.

A Eurogame is really a family game. The rules are often easy to explain, even though the tactical possibilities are often greater than it seems at first glance. Everyone at the table, young and old, can participate and have fun in the games. Most games can therefore be played with about 2 to 5 people and last between 1 to 2 hours. Because you have no player elimination and the themes are usually very friendly, you often see these games appear on the table of families.

We found the origin of the Euro-Style Games very interesting and fits completely with the picture that you have with these games. The first Eurogame was created in the 60s of the last century. As expected, in Europe. Euro-Style Games are also often referred to as German-Style games because they originated in Germany. To this day you can see that Germany is dominant in the number of Eurogames that have been released on the market.

After World War II, there was a very strong desire in Germany to distance itself from warfare. A great shame about the population leads to people not wanting to feel connected to conflict, pride and nationalism. It makes sense, then, that the games focused more on friendly themes and mechanics. This simply fitted in seamlessly with the social attitude of Germany at this time. The games were very popular, especially in Germany, but you also saw the genre growing in the rest of Europe.

Settlers of Catanalthough not the most classic example of a Euro style game, it was the first game in this genre to perform very well in the United States. This is a revolution that has made Eurogames big and well known on the map in the board game world.

Today's most characteristic Eurogames are: Carcassonne, Puerto Rico, Ticket to Ride, Orleans and The Castles of Burgundy.

There is often a debate as to which games are better, the American or European style. Ultimately, it mainly comes down to the player's preference or the moment. There are plenty of board game enthusiasts who have versions of both styles in the game cabinet.

What do you have to consider when making a Eurogame?

Because Eurogames have an individualistic character, it is important that players do not have to wait too much for each other. Another player's turn can quickly become boring if it has little effect on your own game. You can solve this by letting the turn of another player also influence the players who are not on their turn. Take, for example, the acquisition of raw materials and the barter trade at Catan. You can also have players take their turn or parts thereof at the same time. A principle that is applied at Orleans, for example.

It's also important to think about a sense of equality between the players that keeps the game exciting. Many Eurogames have a kind of machine building element that allows you to grow faster and faster. This can make the game feel hopeless for the players who cannot get the machine running properly. Think about how you can keep the game exciting so that the results seem closer than expected. A good strategic choice should give the player an advantage, but not one that makes the differences huge.

Elements of luck are also of added value in Eurogames, but try to limit this to “input luck”. Input happiness, also called pre-happiness or input randomness, means that you have to make your choice based on luck. Happiness output means that you first make your choice and then get another happiness factor. With output luck it is much more difficult to make strategic decisions. It then comes down to a risk assessment. Input happiness creates a setting, after which you have to think about how to deal with that setting. If you want to put game tactics above luck, you better apply input luck.

Are you thinking about making a Eurogame or are you even working on it? What criteria do you think a Eurogame should meet?

December 22, 2020 2 Comments Game mechanics
What are cooperative games? Co-op, co-op or cooperative games are games in which the players work together towards a common goal. It's the opposite...
Read more 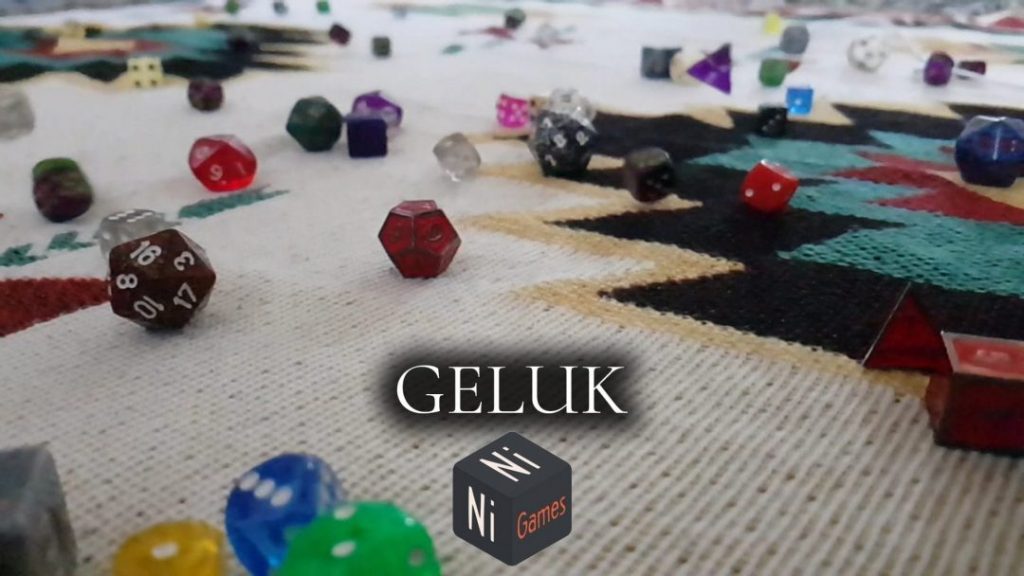 November 8, 2020 3 Comments Game mechanics
What is happiness as a game mechanic? Happiness comes from a combination of randomness and hidden information. Factors that you cannot predict with certainty. Without luck…
Read more

September 19, 2020 3 Comments Game mechanics
Game mechanics When you come to our website as a game maker, you can learn a lot about everything that comes with releasing a game yourself. It …
Read more
Share this message:

Interesting article! Didn't know that there are really different schools of thought in the board game world.

Thank you. We also found it very interesting how such a flow arises.